After a few days in the Alps I drove to Marseille Airport to pick up my wife and daughter before heading to our gite in Provence. The location of our gite is a bit ridiculous – not only in the foothills of Mont Ventoux, but you can actually see the observatory from the back garden. Fortunately Bedoin is a cute French town that happened to have its big weekly market today, much to the delight of my wife. Hey, if you can’t be good, be lucky!

After a morning at the market and lunch back at the gite, our daughter needed an afternoon nap and my wife was keen to join her. Which leaved me with a couple of hours to kill … couldn’t have planned it better – time to climb le Geant de Provence!

Drawing on my experience from the Alps my intention was to stick to a manageable heartrate of 160ish bpm and take the climb at a steady rate. However, the lower roads through the forest were beastly with constant periods of 12%+ being the norm. I was massively under-geared with a 39 on the front and my biggest cog a 25 on the back so slowly churned my way up in the hot sun with my heartrate pumping far higher than I’d hoped.

I passed a lot of riders on the way. Enough to naively make me think I was a half-decent cyclist. Then a couple of petits French riders flew up past me, both out of the saddle with tanned, stick-thin legs like a pair of fleeting sparrows. My slow, pedal-mashing, butter-churning technique was quickly brought back to reality. In the end I decided to let them go! 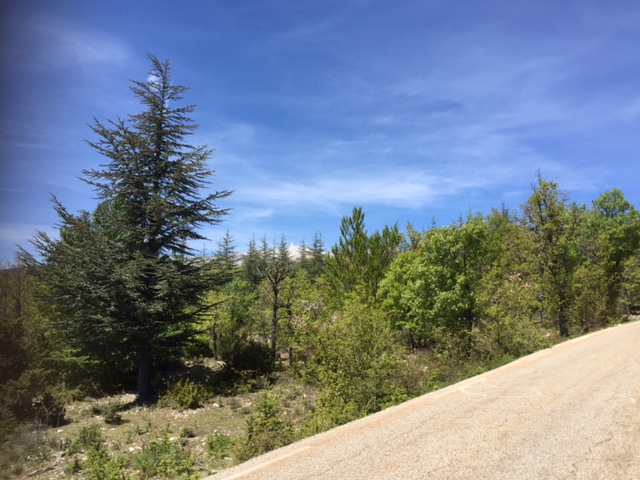 The first 8 or 9 miles are a steep slog through the cedar forest, with the odd tempting glimpse through the trees of the observatory to keep the spirits alive. It was also baking hot, so I hung my helmet over the handlebars and tied a buff around my head to keep the sweat from pouring into my eyes. Rocking the wild ginger look! 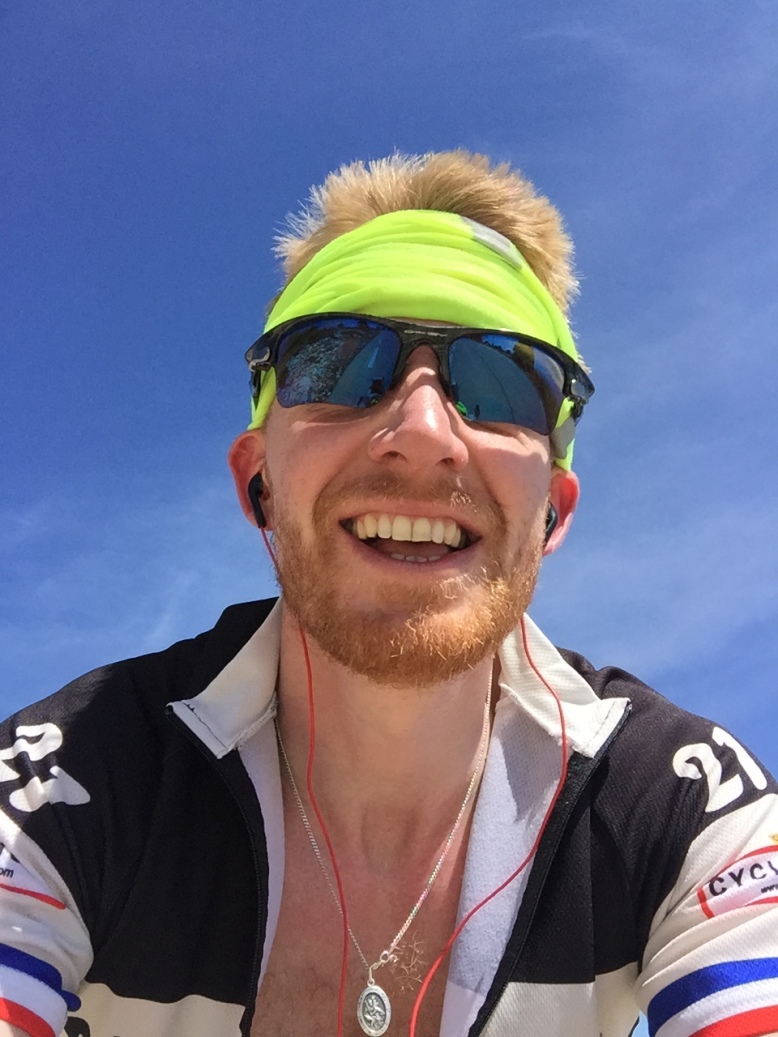 After 10 or so miles, the trees finally gave way to rough, scraggy rock. It quickly became a totally barren landscape with no respite from the sun. The only consolation was the mile markers counting down to the looming observatory. 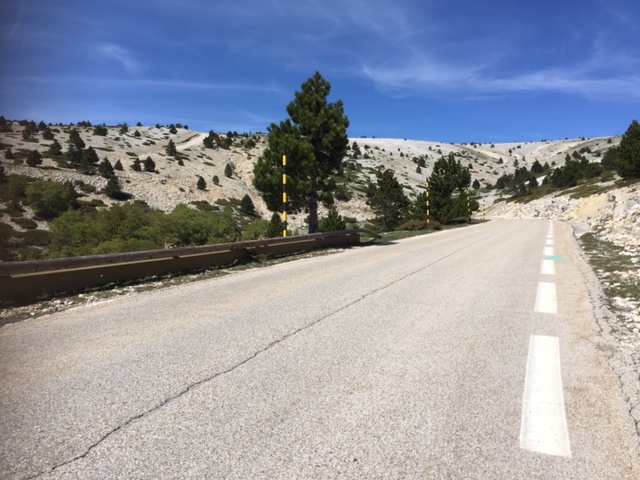 In the end I completed the climb in 1 hour and 50 minutes. I pushed it as hard as I could for such a prolonged assault, but riding solo it was sometimes difficult to stay focussed. Certainly a different experience to the last time I rode dressed as a bear! 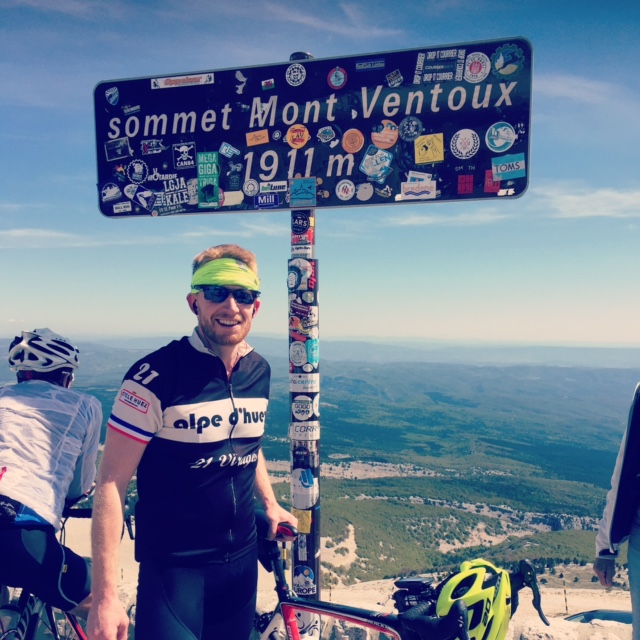 The descent was a different matter altogether. It took about 20 minutes flying by cars, motorbikes and cyclists on a satisfying rush back down to Bedoin for a well-earned dinner and beer. Overall it took less than two and a half hours to ride top to bottom – fairly non-intrusive for a family holiday so hopefully I’ll find time for another ascent or two this week …

5 thoughts on “Mont Ventoux from Bedoin”