This week someone asked me how long my 16 mile commute would take if I went by car. I didn’t know, but I guessed it would take about half an hour. By bike it normally takes me 50 minutes, with a best time of 45 minutes-something. It got me thinking: surely a self-proclaimed “Bike v Car” should know this type of thing.

On Saturday I drove Ms BikeVCar’s car to work. Mr BikeVCar has 2 bikes and no car; Ms BikeVCar has one of each and sometimes lets Mr borrow the car when he needs to transport stuff. On previous occasions, Mr was usually loaned the car on the basis that he feeds it a little fuel and looks after it. Not no more – last week a bollard “sneaked up on” Ms BikeVCar resulting in a nasty prang. Today he sought out a quote for the repair. 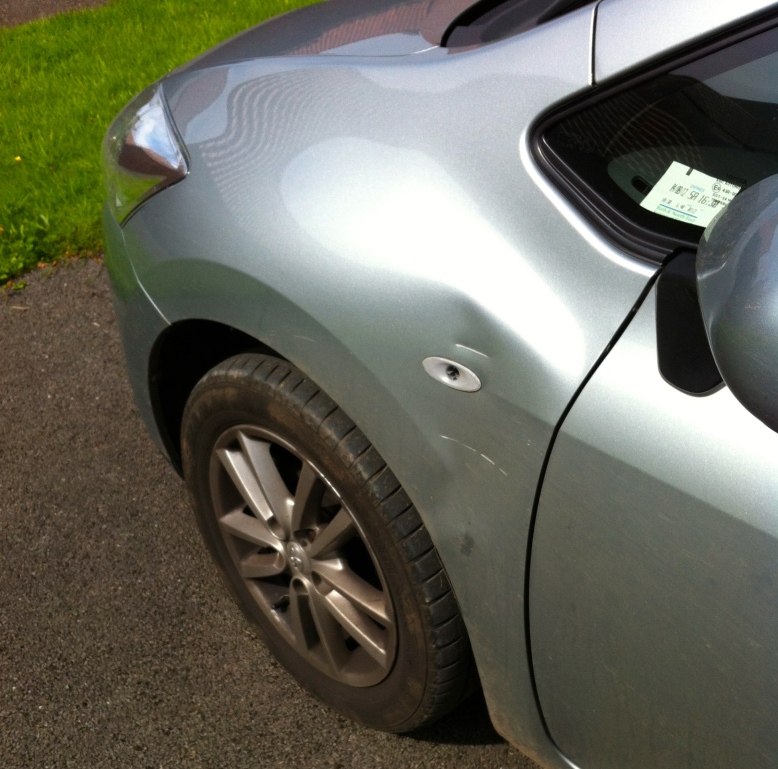 As it turns out, this prang equates to multi cycle-purchasings for Mr BikeVCar

After finishing work I drove the car home along the exact route that I cycle. I wouldn’t normally drive this way as it consists of narrow lanes and the likely encountering of horses, cyclists and the inevitable ‘tractor-factor’. But in order to make this a fair comparison of transport modes, I followed the exact route. 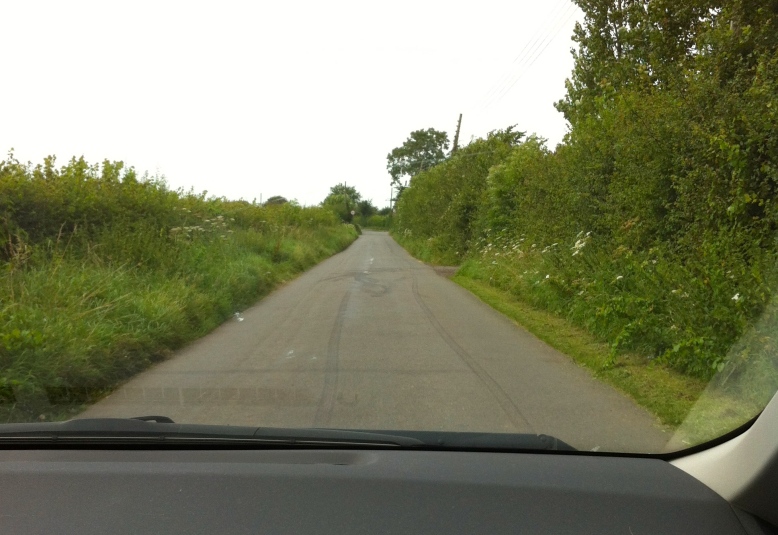 Driving my commute turned out to be completely boring and felt like a waste of potentially productive time. I guess this is why we dangerously speed in our cars – it’s totally boring otherwise. With these thoughts I realised that cyclists aren’t in fact a hated, subjugated road species – they’re just an unfortunate inconvenience to bored people in a hurry.

At one point along my route / race against the bike I came across some temporary traffic lights. I’m a reasonably well-behaved cyclist and will generally wait for traffic lights. But at least on the bike you can fly straight to the front of the queue. Today I sat in ‘la confiture des voitures’ and felt extra bored. 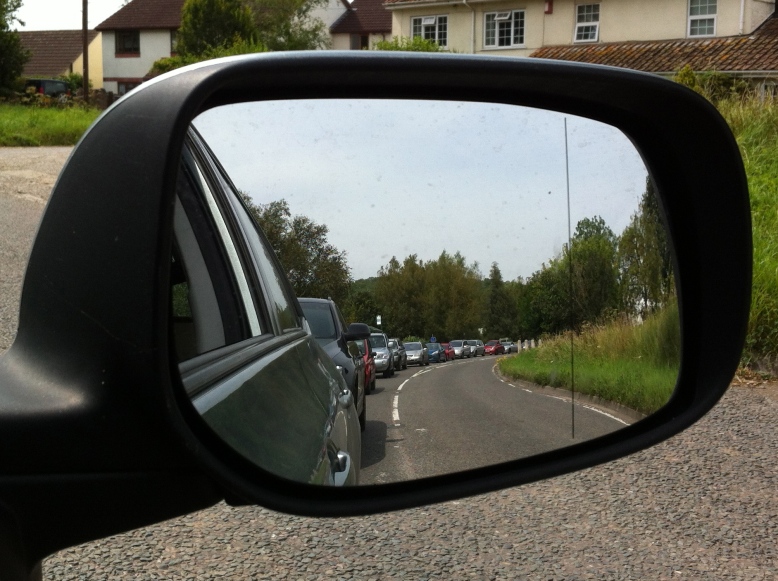 The traffic jam, of traffic of jam

Halfway home I realised that I’d never make it in anything like half an hour. This was pleasantly satisfying. But as I neared home it became conceivable that it would take longer than 45 minutes and thusly slower than the bicycle: an absurd outcome. Surely a push-bike could not beat the all-powerful motorvehicle over a 16 mile journey?

I ended up arriving home in 43 minutes – at an average speed of 22 mph. For the same journey my best effort on the bike has been 21 mph. This is very close and surprised me no end. 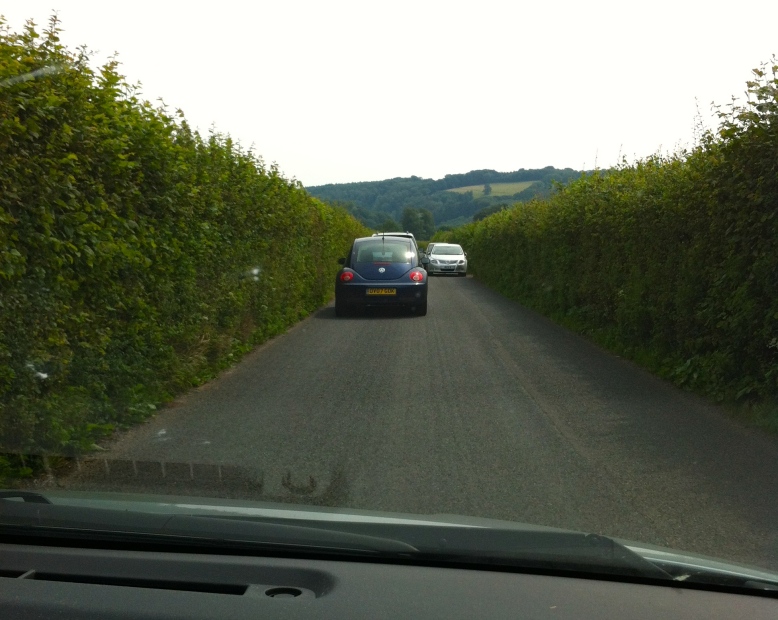 “Come on, Sunshine. You could three bloody bikes through that gap!”

After this eventful / stressful journey I headed to the bike shop to pick up my trusted commuter stead. It had been enjoying a week long spa treatment, and after 7000 kilometres of my bodged maintenance had finally received a professional makeover. 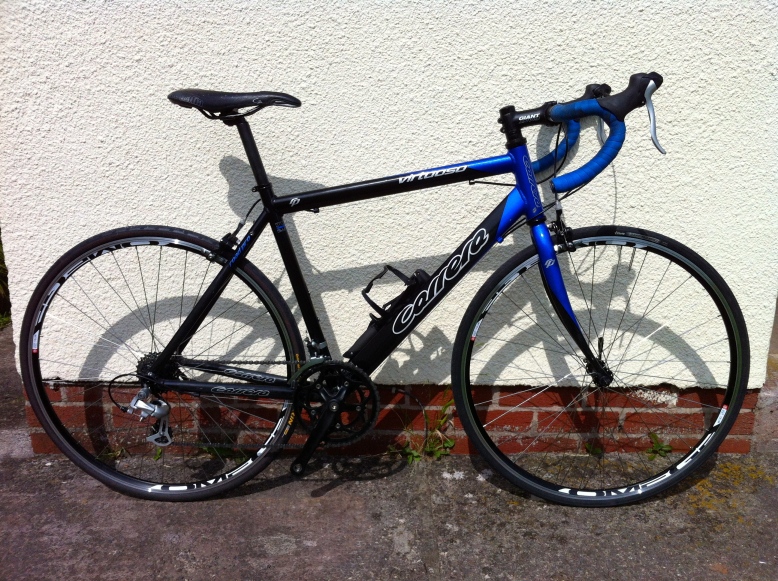 Hopefully without sounding frivolous I had previously become frustrated with my commuter bike to the point of considering a replacement. But a few new components and a professional service has made it feel like a new bike. 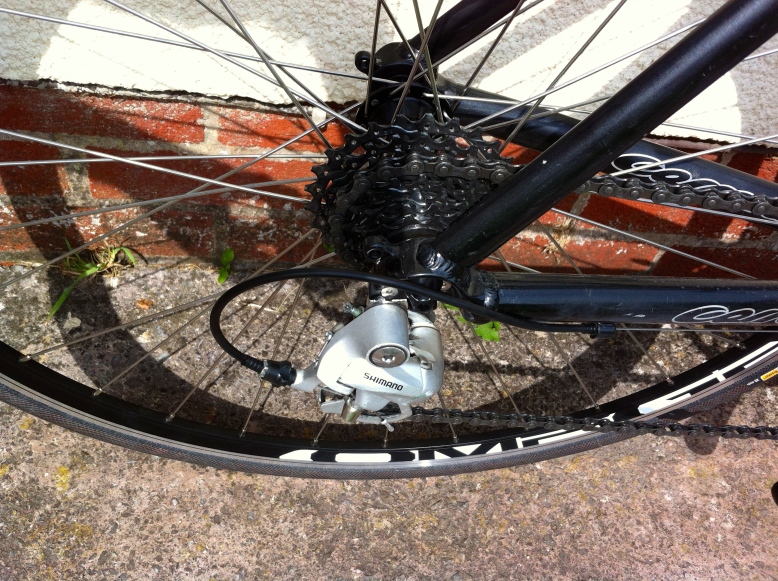 For a minute I thought that maybe they’d accidentally swapped my bike for a brand new one. Then I noticed a few tell-tale marks of wear and tear. 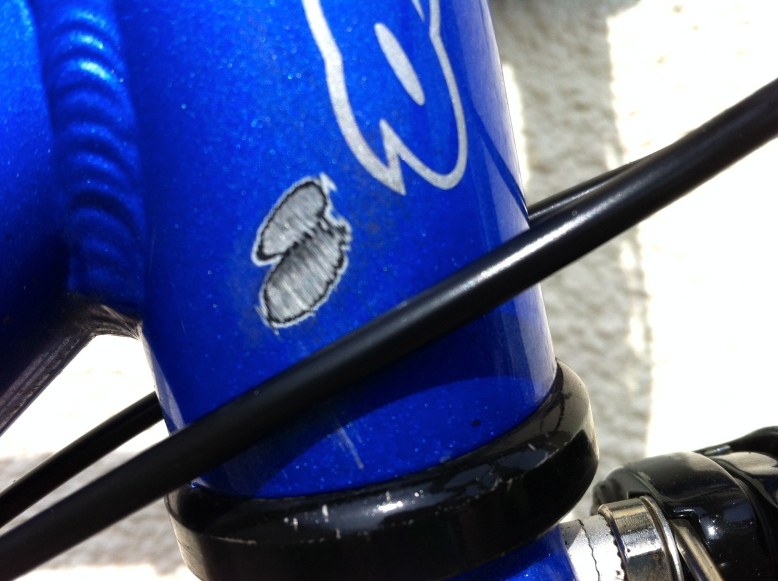 How many left turns did it take to do this?

In summary – bike fast, car faster. But not by much. Old bike good, but shiny old bike better. Keep cycling!